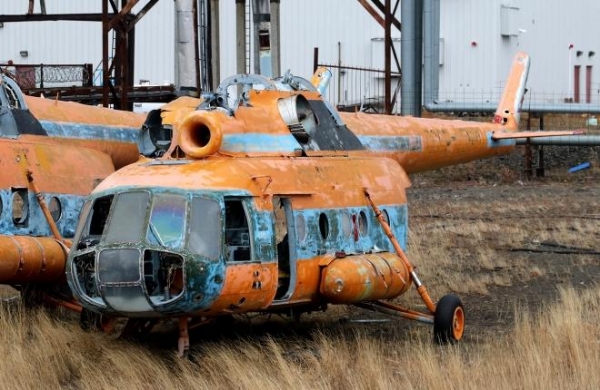 The Russian market of helicopter services faced a new challenge: he needs to move gradually from the operation of helicopters, which the operators actually free as the Soviet heritage, to update the fleet of aircraft that will have to buy or lease.

Just such a shift for more than 10 years ago, started to make the aircraft industry of our country, said the Chairman of the editorial Board of the magazine “air transport observer” Alexei Sinitsky during the round table “Transformation of the business model of helicopter operations” conducted by the publication on 17 December. If in 2008 the share of aircraft under commercial operation in the Russian Federation on lease contracts amounted to 33%, in 2018 it stands at 88%. And this despite almost unchanged number of own aircraft — a little over 1,000 boards.

This changed the overall structure of transportation costs: there is a new article — the lease payments, which share in the structure over the last 10 years has doubled, from 10 to 20-25%. At the same time, the cost per ton-mile in air transport increased by almost three times, from 15 to 49 rubles.

However, the transition to a new business model in the aircraft segment was inevitable, including due to the new requirements of the global controllers and new capabilities of more modern machinery.

Of course, the airplane market is different from a helicopter, where the service form the customers themselves — they choose the type of helicopter, its equipment, route. But the new business transformation, apparently, waiting for a Russian helicopter.

According to the holding “Helicopters of Russia”, presented at the round table, Advisor to the General Director of the company on regional development by Vyacheslav Cecevim in Russia today, was 2245 helicopters. 63% or 1,410 sides of them are machines of the Soviet/Russian production, the largest share of whom are of Mi-8/17 helicopters (75%, or 1065 units).

According to the forecast of holding up to 2025, decommissioning will be displayed 488 Russian-made helicopters: 302 car — on reaching the appointed time of service and 186 — with the introduction of restrictions on the operation of equipment over 25 years. In addition, out of service at retirement life during this time, you will receive nine helicopters of foreign production.

The CEO of the largest Russian operator of helicopters “UTair — Helicopter services” (“UT-WU”) Andrey Ilmensky noted that the company began a systematic upgrade of the Navy over 10 years ago. Replace outdated Mi-8T in the Park of the carrier received more than 80 new Mi-8AMT/MTV-1. With an average annual plaque of the operator more than 100 thousand hours in 2019 a RAID on modern versions of Mi-8 was about 60 thousand h. Thus, for the first time in its history, the airline flew on modern machines more than on the Mi-8T.

However, the renewal can not afford all market participants, especially smaller private companies. According to the Il, perhaps some of them will leave the market. There will be a consolidation of the industry, which can be seen today in the aircraft segment.

The rate is unaffordable

Another important problem of the sector is reduced demand for helicopter services, which occurs not only in Russia but throughout the world. A plaque in the industry is shrinking, said “air transport review” Andrey Ilmensky. In particular, gradually decreases the amount of work in the interests of the major clients of helicopter operators companies in the fuel and energy complex (FEC).

The fact that the new large stand-alone fields in recent years, almost does not appear. In addition, oil and gas companies to simplify access to their fields themselves develop the transport network to build airports, roads, rail ways, which also creates competition for the helicopters.

In this year increase costs to operators for maintenance of helicopters, for wages of flight personnel and the maintenance of infrastructure. According to “Russian Helicopters”, if in 2016 the average market cost of a flight hour of Mi-8T was 98 thousand rubles., then in 2019 it has increased to 120 thousand rubles. At the same time, the average cost per flight hour of Mi-8MTV increased from 150 thousand to 215 thousand rubles for the armed forces under the age of 25 years and up to 320 rubles for new helicopters.

The cost of flight hours on Mi-8T is much lower due to the absence of acquisition costs helicopter and also due to the presence on the market of inexpensive components 2nd category from the donor of the Park. While the price per flight hour for the newer technology inherent costs of the carrier for Maintenance and repair of new components, as well as leasing and insurance of aircraft.

But customers are not prepared for the fact that these costs will be included in the price of the flight hours noted Ilmen. “This high-performance companies that consider their costs and perfectly manage them, — said the head of “UT-WU”. — So we are constantly talking to our industry: do not try to stream us increased maintenance costs and maintaining the airworthiness of aircraft by 20-30% per year. Will customers pay for it”. Price growth also entails the reduction works in the interests of those customers who are unable to pay such costs. Is transportation to the remote areas in the interests of municipalities and constituent entities of Russia.

The top Manager gave the example of the most load-lifting helicopter in the world Mi-26 — in the Park “UTE-VU” of these machines 24. At the current growth rate of expenditure on this type of aircraft and the absence of a programme of extending their life in two or three years amount of work on the Mi-26 on the market can be kept to a minimum. In particular, the price of the engine for this helicopter from 2017 to 2020 have increased from 32 million to 50 million rubles, i.e. 1,5 times.

“We estimate that in 2019, the proceeds of the RAID, the Mi-26 hard to compensate for our costs of operation, — said Andrey Ilmensky. — More than half of the cost of flight hours of this aircraft is the so-called cost of the iron, that is, the cost of those units, a resource which you can renew or buy new, etc. So the customers will simply look for other options they need air works”.

A dialogue with industry

Practically the only driver of growth in the commercial market of helicopter services is the sanitary aviation, which enjoys the support of the state. But this system is still being formed, as well as requirements for operators of aircraft and maintenance of machines. According to the Il, there is dishonesty among the operators of the helicopters that have been received for projects of air ambulance: the machines are not used for its intended purpose and not even in Russia, and abroad. In addition, there are breakdowns of contracts for the execution of medical transport as well as not paid timely and in full the lease payments.

As for the helicopters the Mi-8T, as predicted by the “UT-WU” is significantly reduced over the next five years. “With customers changing demands for aircraft, their equipment, — said Andrey Ilmensky. But a number of helicopters Mi-8T on the market still remain. Due to their zero residual value of these aircraft still serve. They can stand on duty, to be applied in fire fighting, subject to certain restrictions and medical evacuation in the municipal transport in some areas where there is a large amount of work.”

In General, however, market participants need to discuss the changes that occur in the industry make a joint decision with manufacturers to reduce and control costs.

The head of the Airbus Helicopters Vostok Thomas Zeman noted that in addition to seasonality helicopter operations themselves faced by the manufacturer in Russia because of the peculiarities of local climate, another negative point is lack of effective financial solutions currently on the market. Bank loans, leasing and financing of a manufacturer does not always help to cope with the challenges facing the industry.

“Leasing is a very individual tool. Therefore, it is calculated specifically for each customer, said Mr. Zeman. — In addition, we cooperate not only with operators but also from banks and leasing companies. The fact that the rental rate is influenced by the risks of exploitation of the helicopter as an asset. And we have a Department that helps lessors to properly assess these risks and, accordingly, the rental rate”.

The European manufacturer is also actively developing digital services that are designed to reduce the cost of maintenance of aircraft and make it predictive. In particular, by 2023, Airbus Helicopters plans to equip 3,000 helicopters worldwide complex condition monitoring of helicopter HUMS. Currently they have 700 aircraft.

As noted by Vyacheslav Kartsev, “Helicopters of Russia” today, considering the possibility of promotion is almost not used earlier operating lease helicopters. So, at the MAKS-2019 holding signed an agreement with the PSB and the airline “Konvers Avia” on cooperation in the development and implementation of programs related to the transfer of new Russian-made helicopters under operating leases. Among the areas of cooperation include development of standard documents on rent and the delivery of aircraft, maintenance, training of flight and technical staff, as well as the organization of technical control of acceptance of helicopters from the operator when they return.

In our country there are still regions where helicopters are essential in the delivery of residents in remote areas where no alternative transport. Local transportation is the niche where they are best applied in the absence of adequate airfield infrastructure. At higher direct operating costs compared to small regional jets helicopters do not require the construction and maintenance of expensive and long payback period of the ground infrastructure.

However, until now, the helicopters do not participate in the state program within the framework of the RF Government Decree № 1212, which includes rules of compensation of part of expenses for payment of leasing payments for aircraft obtained for internal regional and local air transport.