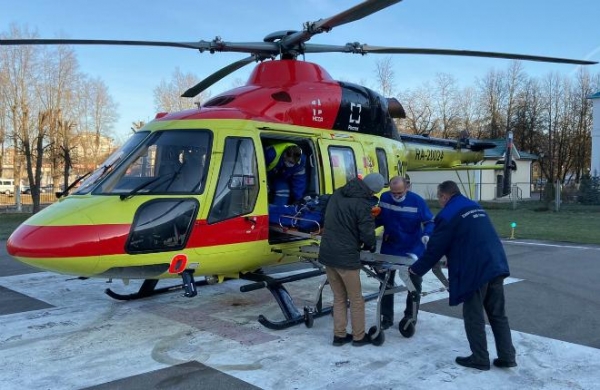 The state Corporation “rostec” gained control of the company “national air ambulance service” (NSA; a joint project of the state Corporation “rostec” and the St. Petersburg helicopter center “Heli-drive”), it is reported with reference to the employees of the two companies of helicopters. The transaction took place in the summer of 2019, its terms were not disclosed. Recall that initially rostec owned 25% of the company, the remaining 75% through the “Heli-drive” is controlled by businessman Ivan Yatsenko.

In the years 2019-2021 NSA had to get 150 health helicopters, however, the project has difficulties in 2019 was handed over only 8 of the 50 machines. This situation has arisen from-for problems with financing: banks refused to lend to the project because of high risks, according to sources “Vedomosti”.

“There is a need to adjust the project: revised financial model”, — said the representative of the state Corporation “Vedomosti”.

It is known that the funding for the project ambulance at the expense of the bond issue will provide the “daughter” of “Rostec” company “RT-Finans”. The lessor will be the “Avia capital services LLC” is a subsidiary of the Corporation.

Delivery of 50 aircraft were also shifted: until the end of 2020 it is planned to transfer NSSA 29 helicopters, 54 “Ansat” and 33 Mi-8 will be passed to the service in 2020-2021 years In the future helicopter fleet plan to increase “as the economic conditions”. By the end of 2021 NSA will operate 95 helicopters instead of 150.

The main problem of project development is the issue of break-even. Despite the fact that in 2018 rostec lobbied the government resolution which NCSA was recognized as a single of the sanitary operator, and the regions were able to conclude with the company contracts without competition, flight hour, as estimated by experts in the industry, without competition will cost 120-130 thousand RUB is required to break-even project 175-185 thousand RUB

The representative of “Rostec” insists that “with the current financial model the project is fully recoverable and has good economic prospects”. In the company “Heli-drive” review Yatsenko for this reason could not be obtained.