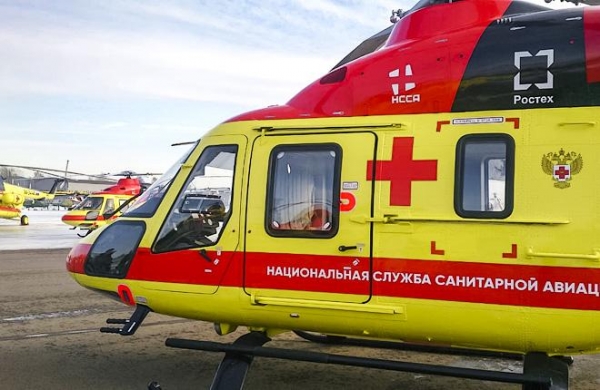 The national air ambulance service (NSA; a joint project of the state Corporation “rostec” and the St. Petersburg helicopter center “Heli-drive”) on Friday, February 8, has received the first batch of new medical helicopters — four “Ansat” and four Mi-8AMT. The donation has already been painted in the colors of the service took place on the territory of the Moscow helicopter plant im. Mil (part of “Russian Helicopters”) in the suburban Tomilino.

In all probability, the aircraft will be made in the certificate of the operator JSC “NSS” (certificate on everybody issued by the Federal air transport Agency in December 2017), which is affiliated with the companies Rostec and JSC “Heli-drive North-West”. Under the contract with the holding company “Helicopters of Russia” leasing company “Avia capital Services LLC” (part of “rostec”) NSSA have to get to 2021 104 of the light “Ansat” and 46 Mi-8AMT with the medical modules. 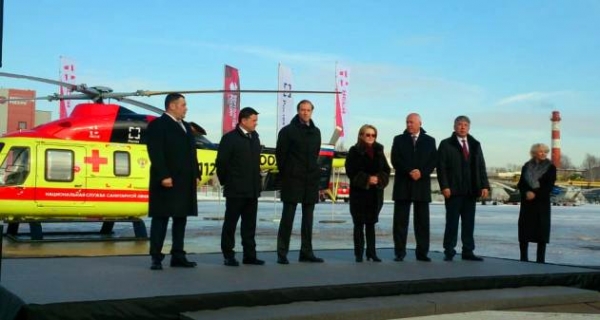 The event was attended by the Minister of health of Russia Veronika Skvortsova (center), Minister of industry and trade of Russian Federation Denis Manturov (third from left) and head of the state Corporation “rostec” Sergey Chemezov (third from right) :: Eugene Carol / ATO.ru