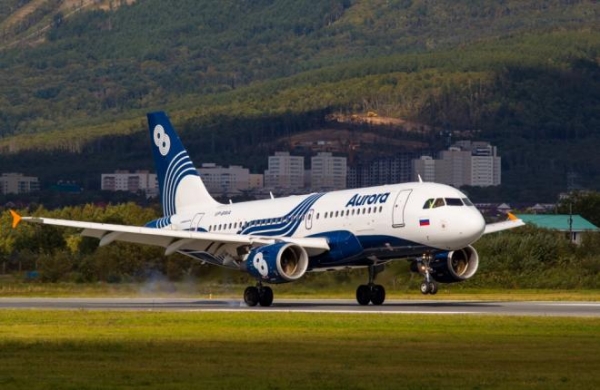 Far Eastern airline “Aurora” has shared plans for development up to 2025, the Carrier is waiting for a double increase in the number of passengers, the fleet expansion and the opening of 50 new destinations. In addition, the operator intends to build a base maintenance aircraft hangar on the island.

On Sakhalin 4 November the Council on investment activity at the regional government, which was presented development strategy of the region up to 2035 By this time, the region intends to make the economic recovery and get into the Russian top 20 regions in terms of life. Of the most promising projects — the development of the oil and gas industry, forest industry, fish processing and mariculture.

The strategy of development of the island region needs to achieve average growth rate of gross regional product (GRP) by 7%. Update infrastructure, including aviation, is one of the objectives of this strategy. In the future, local authorities see in Sakhalin global passenger and cargo aviakhab with direct flights to Beijing, Shanghai, Frankfurt, Saint Petersburg, Irkutsk, Magadan, Blagoveschensk and Petropavlovsk-Kamchatsky.

Fortunately, one of the 14 largest companies in the region with revenue exceeding RUB 10 billion is the airline “Aurora” (51% shares owned by “Aeroflot”, 49% — the Sakhalin region), which was created with the goal of becoming a United far Eastern carrier.

Become the kind of airline “Aurora” is not entirely successful. However, the further strategy of development aims to increase the operational capability of airlines and air transportation in the far East, including the regional and local segments from the presentation of the General Director of “Aurora” Constantine Suhorebrik presented at the investment Council (video).