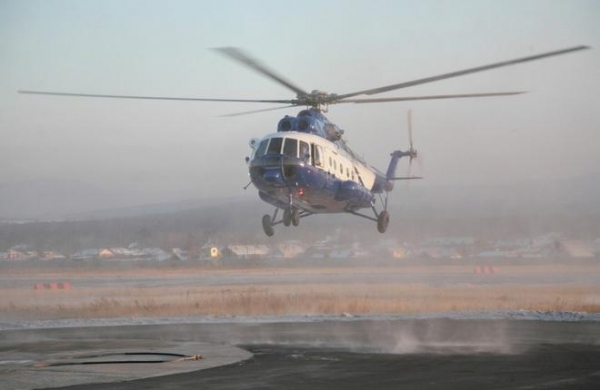 The “Angara” airlines, based in Irkutsk region, received a second average of the Mi-8AMT helicopter with a medical module, “Vesti Irkutska”.

The aircraft sent from the Ulan-Ude aviation plant (U-UAZ; part of the holding “Helicopters of Russia” of the state Corporation “rostec”), equipped with additional fuel tanks, increasing the range from 600 to 1000 km of Sanitary equipment allows to transport two patients at a time.

If necessary, the medical module can be disassembled within a few hours, to fix another equipment and the use of a helicopter for transport or search and rescue needs, said the airline’s CEO Anatoly Yurtaev.

The first ambulance helicopter, ordered the State transport leasing company (STLC) for the carrier placed at the disposal of “angary” in August 2017. It is operated by the airline in the interests of the Irkutsk regional centre of medicine of accidents.

The aircraft is based in Irkutsk, and Kirensk (Irkutsk region).

In addition to the two Mi-8AMT, according to Rosaviation, the carrier operates three helicopters Mi-8MTV-1 and 12 Mi-8T helicopters, and planes: five An-148, one An-24B, seven An-24 and three An-26.